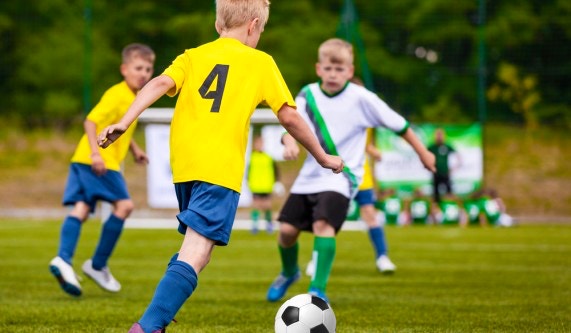 Our founding partners, Jeremy Sorzano and Jason Webb, were soccer teammates both in college and professionally. They formed Soccer Shots® in 1998 after recognizing a lack of quality soccer programs for children under age 8. They shared an entrepreneurial spirit, a deep love of soccer, and a passion to inspire children to live fit and healthy lives.

The success of Soccer Shots in Charlotte, NC and Harrisburg, PA, where Sorzano and Webb first launched their businesses, led to several of their friends and former teammates wanting to get involved. In 2005, Soccer Shots began franchising and opened its first four franchises in OH, DE, FL, and PA. The business opportunity began to attract more soccer entrepreneurs, and Soccer Shots has enjoyed growing around the country and into Canada.

In May of 2009, Justin Bredeman, another former college soccer teammate, became the third Soccer Shots partner. Justin brought with him eight years of experience from Auntie Anne’s, Inc., a pretzel franchising company, where he led a team that supported nearly 800 franchise units. His deep understanding of the franchise business model also comes from the knowledge gained from his five years of owning and running a Soccer Shots business of his own.

The business is consistently recognized by Entrepreneur Magazine as the #1 Children’s Fitness Franchise in the U.S. And today, Soccer Shots is positioned as the best-in-class children’s soccer program with a focus on character development. And while the accolades are appreciated, our mission remains focused – positively impacting children’s lives. Soccer Shots Franchising, LLC is based in central Pennsylvania, just east of Harrisburg.