Thankfully we have 73 other Life Skills Classes for you to choose from. Check our top choices below or see all classes for more options. 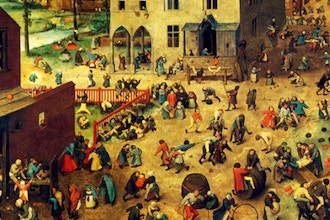 What you'll learn in this brainy class:

In this class, we will explore theories and other definitions in order to address some of the vast array of activities that seem to fall under the concept “play.”

In 1938, the Dutch scholar Johan Huizinga set forth an ambitious argument in Homo Ludens (“Playing Man”) that culture arises in and as play. The French sociologist Roger Caillois responded to this foundational text of play studies twenty years later with his own seminal work, Les Jeux et Les Hommes (translated loosely as “Man, Play ;and Games”). A member of the Collège de Sociologie circle in Paris—alongside such figures as Alexandre Kojève, Walter Benjamin, Georges Bataille, and André Breton—Caillois sought to provide a corrective to Huizinga’s account with a fourfold typology of play as agôn or competition; alea or chance; mimicry or simulation; and ilinx or vertigo. (Notably, one of Caillois’s chief criticisms of Huizinga was that he overlooked gambling.)

From the roll of the dice to the role of games in economic modeling, from the avatars of Vishnu to the avatars of videogames, we will ask how play mediates value, meaning, sacrality, and even biological being in the contemporary world. How does play relate to the evolution of animals, the development of children, and the expression of cultures? Does play have an ethical significance? Drawing on an interdisciplinary set of readings from Huizinga, Caillois, Plato, Freud, Pascal, Jesper Juul, Gordon Burghardt, and others, we will seek, put simply, to theorize play. 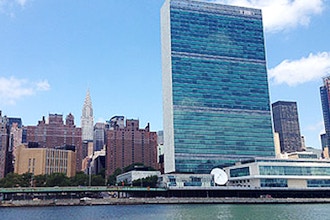 This class has 21 more dates. 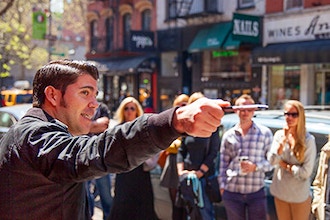 Trace the history of pizza by visiting a mix of wood-fired...

This class has 1 more date. 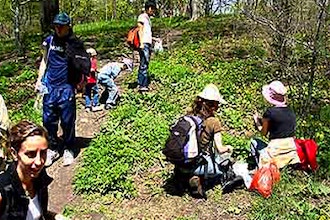 Central Park provides a great window into the world of wild foods of mid-spring. It's the peak of the season for wild salad greens, and we'll be finding great quantities of renewable ingredients: Spicy mustard greens, such as garlicky garlic mustard, hot hedge mustard, and even hotter poor man's pepper, will abound on lawns or under trees anywhere,...

Central Park provides a great window into the world...

$20
32 Seats Left
Don't see any dates that work for you?
Add to Wishlist 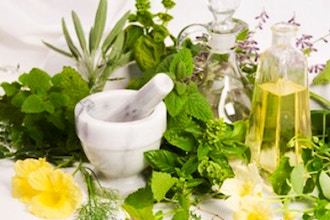 Bring Herbal Healing into your life! Learn the basics of Traditional Herbal Medicine, according to the Wise Woman Tradition, and how it compares to other natural healing modalities and Modern Western Medicine.  Begin to get to know your green allies, and how to prepare your own herbal medicine, including tinctures, infusions, oils and salves....

Bring Herbal Healing into your life! Learn the basics...

$40
6 Seats Left
Don't see any dates that work for you?
Add to Wishlist

*** This is an online course. Zoom link will be sent to you upon enrollment. Overcome public speaking fear with gradual exposure, in a supportive environment. Based out of New York City for 30 years, we are now offering these classes online to an international audience. ****30 Years of Testimonials: https://www.speakeeezi.com/success.htm Zenspeak...

This class has 71 more dates.

A great abundance of edible and medicinal wild plants and mushrooms makes this park a great place for edible and medicinal plants and mushrooms in late summer. Burdock, an expensive detoxifying herb sold in health food stores, abounds in cultivated areas throughout the park. You can also use this invasive species as a superb root vegetable, or even...

A great abundance of edible and medicinal wild plants...

Join us as we tour NYC's largest and most beloved farmers market: the Union Square Greenmarket. We'll wander through the farm stands, sampling and shopping for local produce and farm-made products to fill our shopping basket. Along the way, we'll discuss:  What makes something "local" Why "organic" is not the most important label at the...

Join us as we tour NYC's largest and most beloved...

$110
7 Seats Left
Don't see any dates that work for you?
Add to Wishlist

If you are in New York on vacation or business trip or even if you reside in the Big Apple, with this tour there is no excuse to not showcase 1 day to Washington DC and know the capital of the United States. We leave New York early in the morning on a comfortable air-conditioned bus to Washington DC. Once in the capital we will visit the most emblematic...

If you are in New York on vacation or business trip...

This class has 8 more dates.

Create your own rainforest with miniature tropical plants in a closed glass container in this outdoor workshop. All materials provided. Recommended for adults and children ages 10+ (accompanied by participating adult).

Create your own rainforest with miniature tropical...

$35
10 Seats Left
Don't see any dates that work for you?
Add to Wishlist

Day Sail to Statue of Liberty on Adirondack

Key Points: 2 Hours Price is per person. Maximum of 3 ticket purchase. Capacity limitations will follow the New York State guidelines. Aboard ADIRONDACK - inspired by the pilot schooners of the 1890s Sails past One World Trade Center, Ellis Island and the Statue of Liberty 80 Feet in length and about 2000 square feet of sail area Great for...

This class has 48 more dates.

Sunset Sail Aboard the Schooner Adirondack

This class has 35 more dates.

Gain an introduction to the terminology, concepts, and basic principles of landscape design through lectures and simple two-dimensional exercises.  This course is recommended for students with little or no background in design who want to design for their own home or who are considering a Certificate.

Gain an introduction to the terminology, concepts,...

$205
7 Seats Left
Don't see any dates that work for you?
Add to Wishlist

Learn the history, science, culture, and taste of some of the best pizzerias NYC has to offer on this 2.5 hour walking tour through the Williamsburg neighborhood of Brooklyn. Your guide will tailor the tour to stop at pizzerias that answer YOUR deepest pizza questions! What's Included: All tours include pizza tastings, kitchen tours, in-depth pizza...

Learn the history, science, culture, and taste of...

Everyday Electricity You Can Do Yourself

How to replace a fuse, change an outlet, install a fixture, test for power and splice a wire. Make common household repairs without calling the electrician. What You Will Learn Replace a wall outlet Replace a wall switch Convert wall switch to a light dimmer switch Replace a light fixture Splice electric wires Replace a male plug on a electrical...

How to replace a fuse, change an outlet, install...

$100
4 Seats Left
Don't see any dates that work for you?
Add to Wishlist

Transform a piece of ordinary rebar into a beautiful...

This class has 13 more dates.

From coal-fired brick ovens to corner slice shops, this tour tracks the evolution of pizza from its humble origins to modernization in America’s industrial cities. You will visit 3 amazing NYC Pizzerias. Expect to walk about 1 mile. What's Included All tours include pizza tastings, kitchen tours, in-depth pizza analysis, and everybody gets a take-home...

This class has 6 more dates.

*** This is an online session. Zoom link will be sent to you upon enrollment. Overcome public speaking fear with gradual exposure, in a supportive environment. Observe a trial class to see if it's right for you. Based out of New York City for 30 years, we are now offering these classes online to an international audience. This one trial class is...

This class has 27 more dates.

Choosing from dozens of natural ingredients including, herbs, clays, waters, and oils you will formulate, create, and take home a mask, a toner, and a  facial serum each customized for your unique complexion! Each student will also receive an invaluable hand out with detailed information about each ingredient offered in class. Learn about ingredients...

Choosing from dozens of natural ingredients including,...

$145
6 Seats Left
Don't see any dates that work for you?
Add to Wishlist

This class has 11 more dates.

This class has 7 more dates.