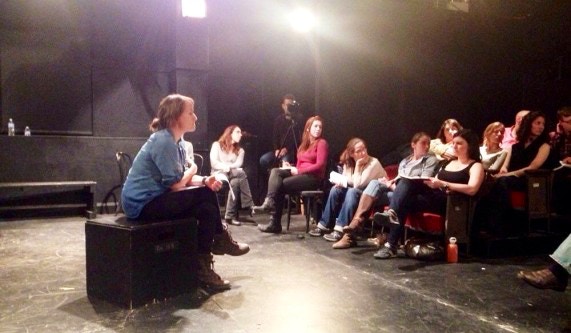 For over 40 years, the Piven Theatre Workshop has maintained both a professional theatre and a nationally acclaimed actor training center for children and adults. The mission of Piven Theatre Workshop is to encourage a process of creative exploration that celebrates each individual’s unique voice through an ensemble-based, community-oriented approach to theatre training and performance. This mission, as it has evolved over 40 years, is pursued through the three branches of the organization: the training center for children and adults which serves over 1,000 students annually and provides mentorship opportunities for emerging theatre artists and educators, the extensive scholarship and community outreach programs, and the professional Equity theatre committed to new works and literary adaptations.

It has been producing highly acclaimed productions throughout its history and has evolved into an Equity house. In recent years, it received five Recommendations for Joseph Jefferson Awards, an After Dark Award for Outstanding Ensemble, a Joseph Jefferson Award for Best New Adaptation and a nomination for Best Original Score. Not only does the theatre support a Resident Ensemble of actors, it has also proven valuable as a training ground for directors such as Eric Simonson, Jennifer Green, Robin Chaplik and Jessica Thebus and award-winning playwrights such as Sarah Ruhl, Jennifer Barclay and Michael Stock.

The Piven Theatre Workshop now annually trains approximately 1,000 students from age 9 to adult. By focusing on the creative process rather than the pre-patterned result, on releasing the natural sense of play, and on the richest personal expression evoked through the communal experience that is theatre, the Piven Theatre Workshop training program has touched countless lives over the years. For all the spawning of celebrities, the Workshop’s greatest value over the years are the many students who have taken into their lives and varied professions an enriched understanding of the human exchange and greater confidence in the value of their unique presence.

Piven Theatre Workshop is well known for its exemplary history of community outreach, consistently providing extensive aid through its scholarship program, offering training at little or no cost to under-served and economically disadvantaged students. During a school year, the Workshop grants approximately $30,000 worth of need-based scholarships to students. In addition to scholarship aid, the Workshop currently maintains outreach programs with Chicago’s Off the Street Club and through PEEP, the Piven Empowerment through Enrichment Program, offering classes to adults with disabilities.

Stagebill designated the Pivens “Chicago’s first family of acting” and praised them for founding “one of the most successful theatre training programs in the country." The Pivens have received the Evanston Arts Council Youth and Education Award, the Evanston Mayors Award for the Arts, the Chicago Drama League’s Crystal Award, and the University of Chicago’s Glorious Gargoyle Award for lifetime contribution to the theatre. In 1996, they were named Artists of the Year by the Chicago Tribune and in 2000, they were honored with a Joseph Jefferson Award for lifetime achievement. Byrne and Joyce Piven have both received lifetime achievement awards from the Chicago Improv Festival. Byrne Piven passed away in 2002 and the Piven Theatre Workshop now continues under the leadership of Co-Founder and Artistic Director Emeritus Joyce Piven and Artistic Director Jennifer Green. In 2002, the City of Evanston designated Noyes Street with the honorary name of Byrne Piven Place.